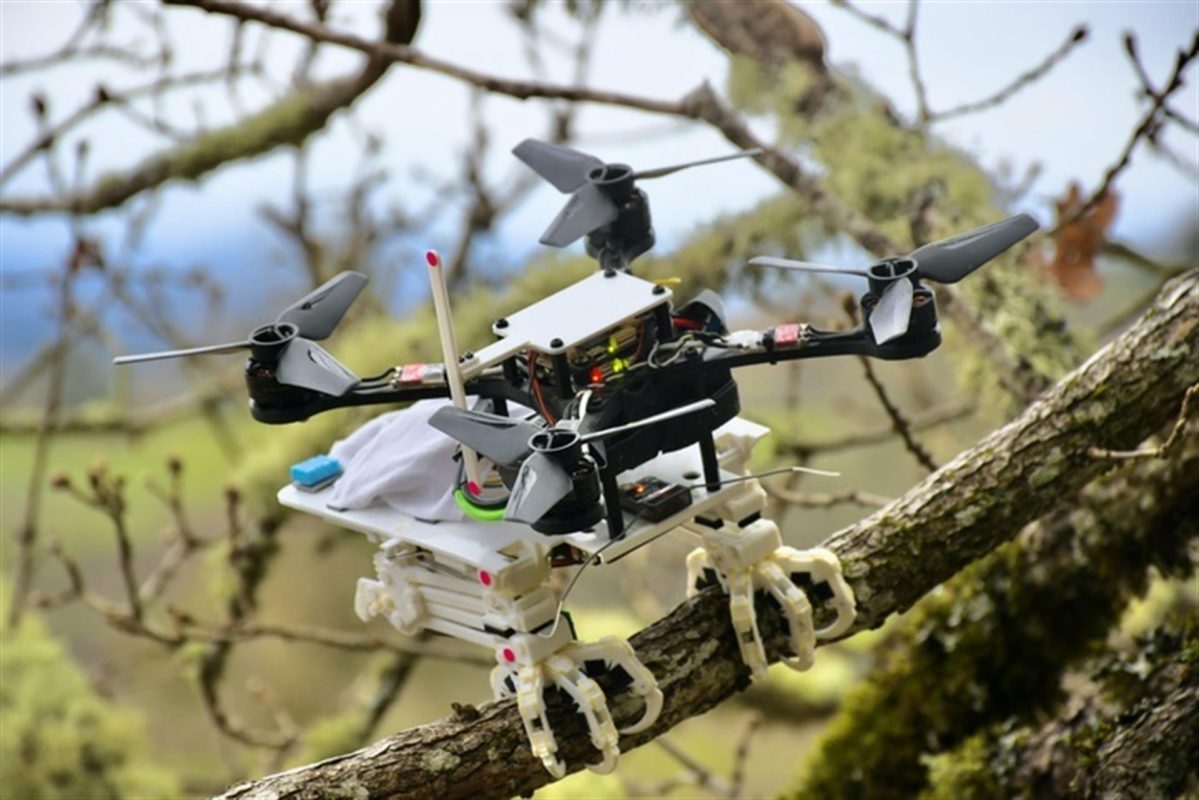 The researchers used the results of their previous research to develop the claws, in which they used sensors to study the movements of sparrow parrots, and found that, whatever surface they landed on, the parrots always performed the same manoeuvre before landing. As drones are much larger than parrots, the researchers finally chose the peregrine falcon’s claws, which they 3D-printed and used motors and dampers to reproduce the movement of the muscles and tendons.